Please have a look at all the works for the exhibition via Art Land viewing room.

Pilipczuk Gallery looks forward to inviting you to the opening of Maja Krysiak’s solo exhibition Mother Queens, March 25 from 16:30 – 19:30. It is also a great pleasure for us to be able to offer a dance performance at 18:00 by professional dancers who will create a site-specific performance based on Krysiak’s exhibition themes and works of art. This is a free event and tickets are not required.

Pilipczuk Gallery is pleased to present a solo exhibition by Maja Krysiak (PL) titled Mother Queens. Krysiak is a trained visual artist from the Faculty of Painting at the Academy of Fine Arts (ASP) in Krakow and works with painting, drawing, ceramics, object creation and installations. During her oeuvre, Krysiak has worked with themes that primarily revolve around the distorted personalities and psychological aspects of human. From a deeply personal and retrospective perspective, in her recent works, Krysiak focuses on motherhood, love, and the female struggle for freedom and self-determination. The exhibition Mother Queens is a poetic declaration of love and tribute to the woman’s body, soul and her physical as well as spiritual needs.

For Krysiak’s first solo exhibition in Scandinavia, she shows 12 new oil paintings, 3 crowns and an unique cloth that intertwines within the exhibition’s themes. The inspiration for the creation of Mother Queens stems from Krysiak’s burning desire and need to convey tales of historical women who gave birth, fought and existed in an extreme world where life was like balancing on a thin line. Krysiak dives into historical narratives of the queens of the past and actualizes their dramatic fates into contemporary gender issues.

“History flows like a river, like paint, like thoughts and like time. In the history of women, time is relative, despite the fact that hundreds of years have passed, I walk in the same river that someone has already walked in once, and I step on the same slippery rocks. I can feel their presence.” – Maja Krysiak

The exhibition Mother Queens is not limited by time and place but has a transhistorical reach that sensitively tells of women’s invisibly woven ties to each other. The works touch on topics of the relationship between body and soul, the need for caring touch and simple tenderness, as well as the right to free love and self-determination. One of the exhibition’s 12 oil paintings “Not Guilty” portrays the tragic story of Maria Stuart (1542-1587), Queen of Scotland, the rightful heir to the throne of England. Unfairly entangled in political intrigue, she lost the confidence of Queen Elizabeth I (1533-1603) – and there by, lost her head. Maria Stuart left a son in the world who, with the consent of Elizabeth I, inherited the throne of England after Elizabeth’s own childless death. Maria Stuart’s spilled blood, had found its rightful way. The work “Not Guilty” was created during the black protests in Poland in October 2020, when crowds of people took to the streets to rebel against the government’s policy of further tightening of the abortion law.

“For centuries, women have been killed innocently. Time has shown that many women have fallen victim to political decisions that have deprived them of their self-determination and that have led to fatal consequences for innocent women and their families.” – Maja Krysiak

The government’s political intervention aroused indignation in Krysiak and opened up new inspiration. The stories of the fates of the queens of the past, intertwined with current struggles for women’s rights, suddenly spilled onto Krysiak’s canvases, as if they were asking for a body to manifest themselfs in.

Krysiak’s exhibition also offers more personal threads, for example in the painting “Fairytale”, which shows a self-portrait of Krysiak meditating with her children’s faces in her hands. The work is an autobiographical story about her complex relationship as the mother of two teenage girls and artist. 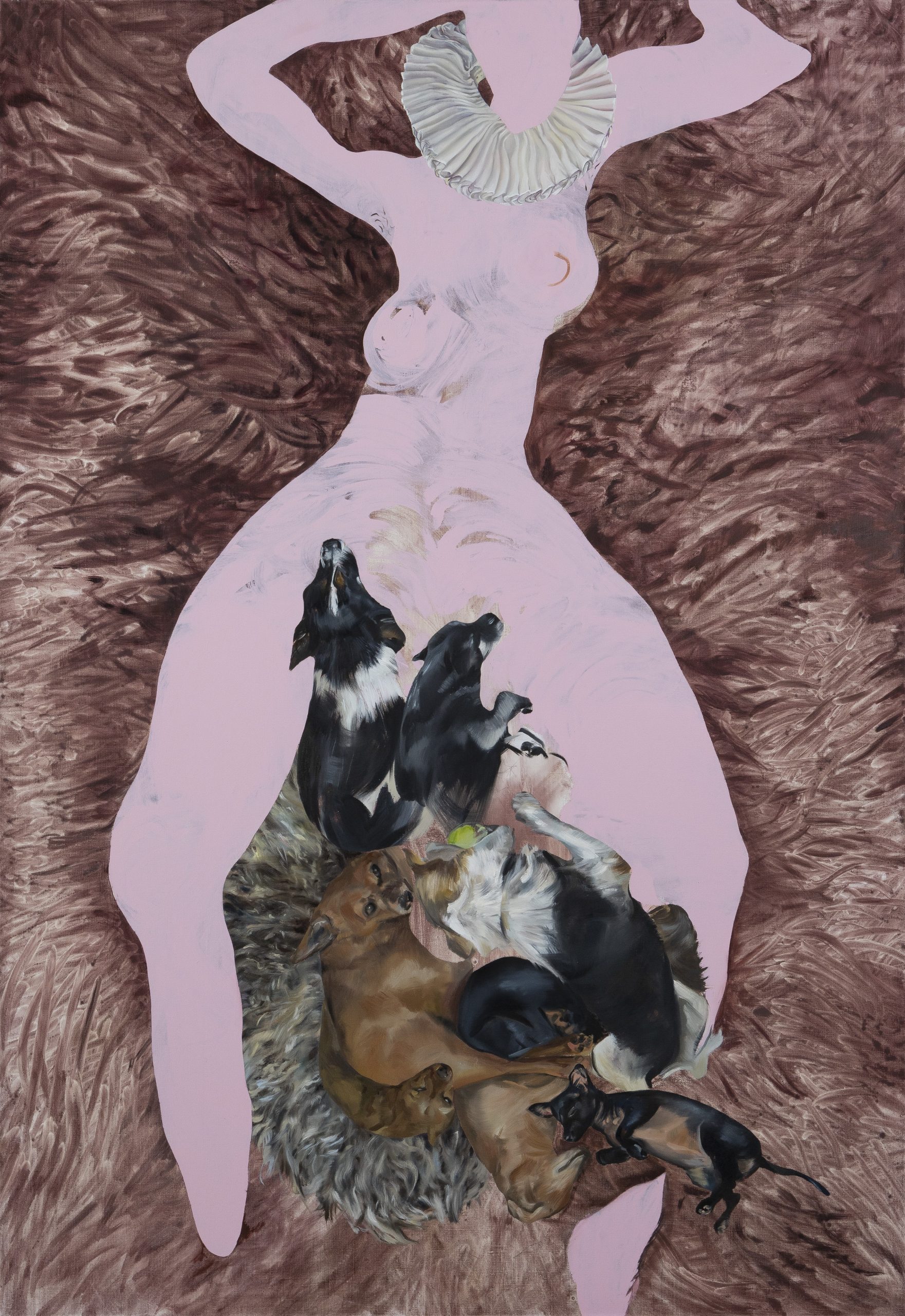 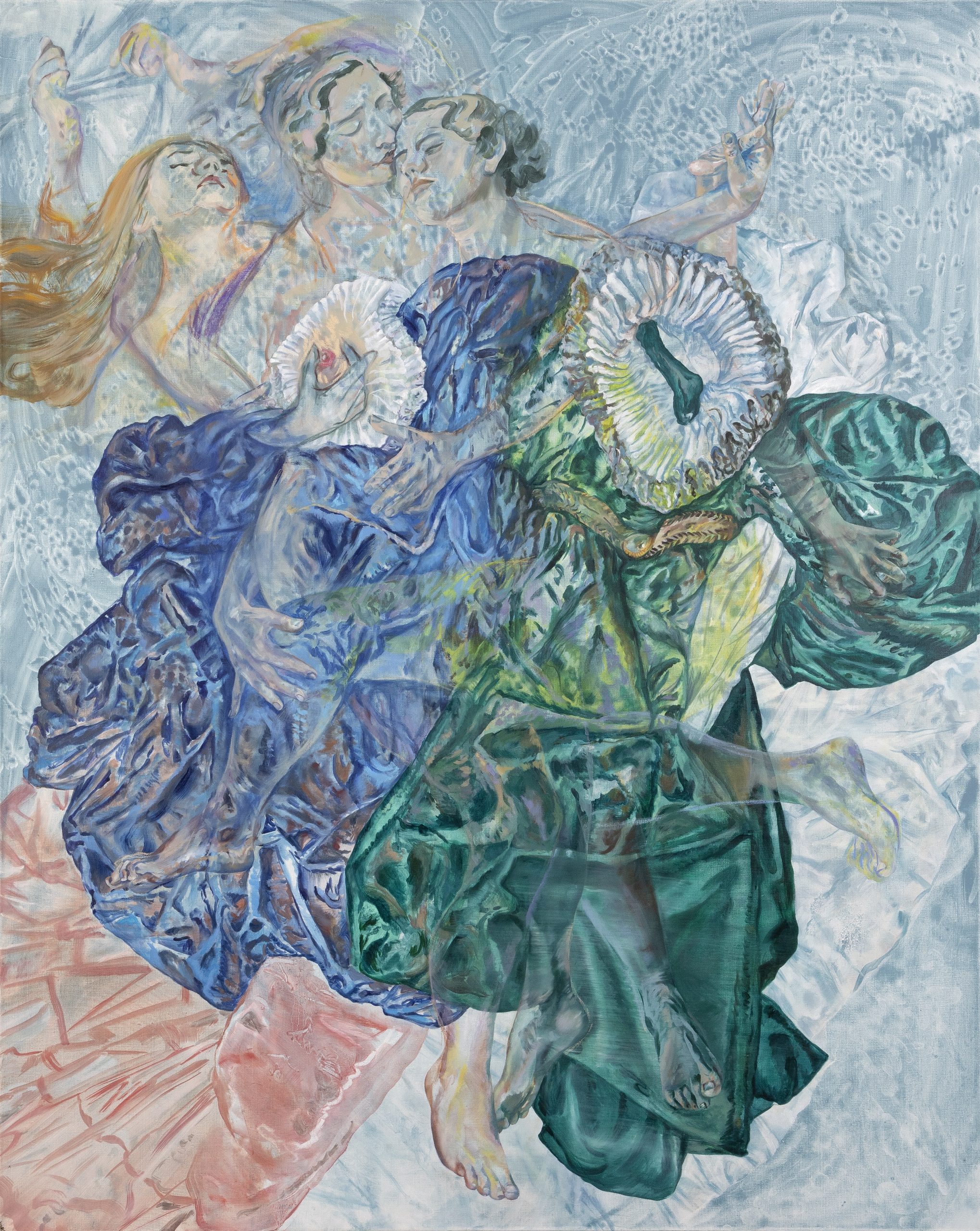 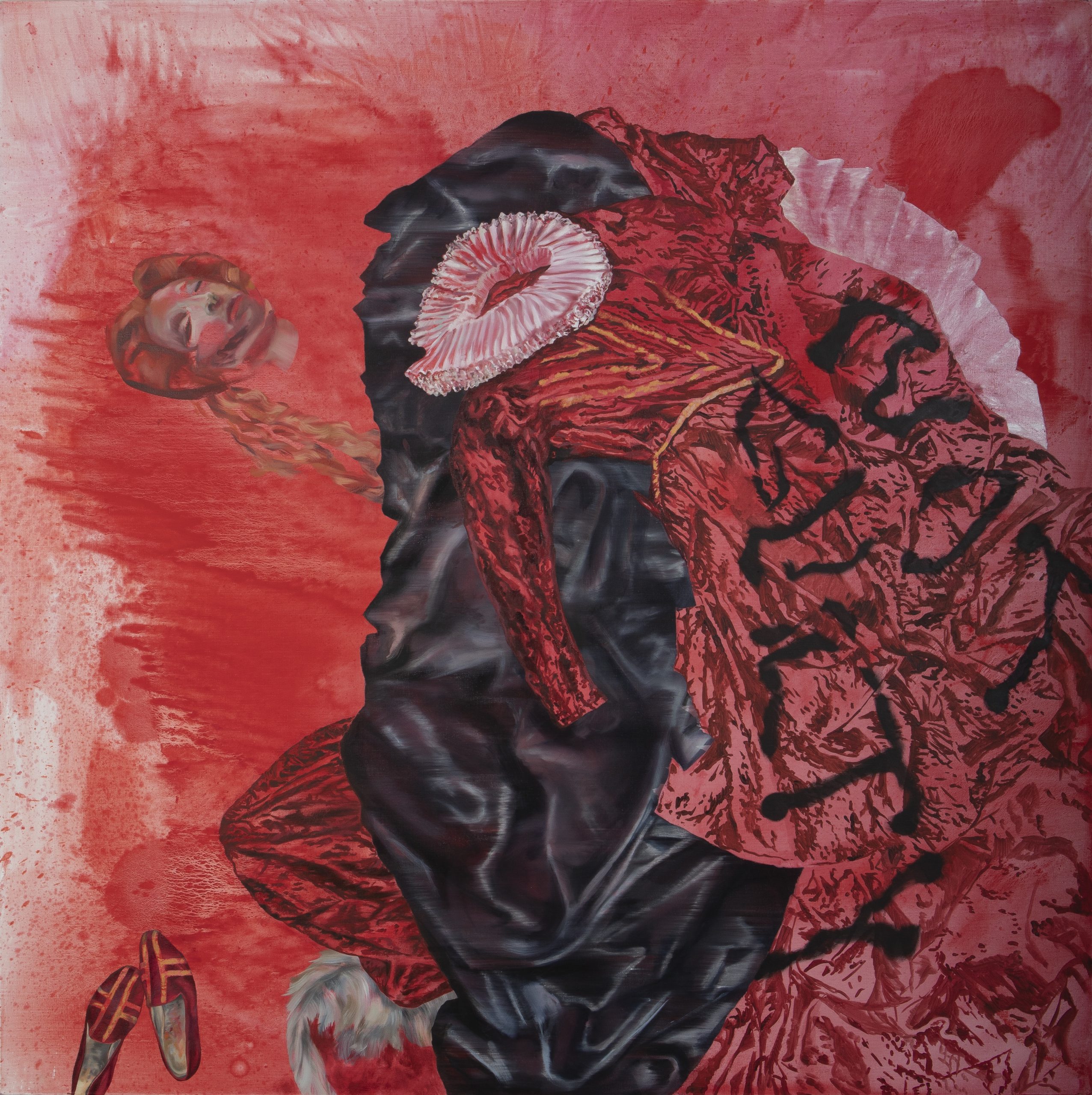 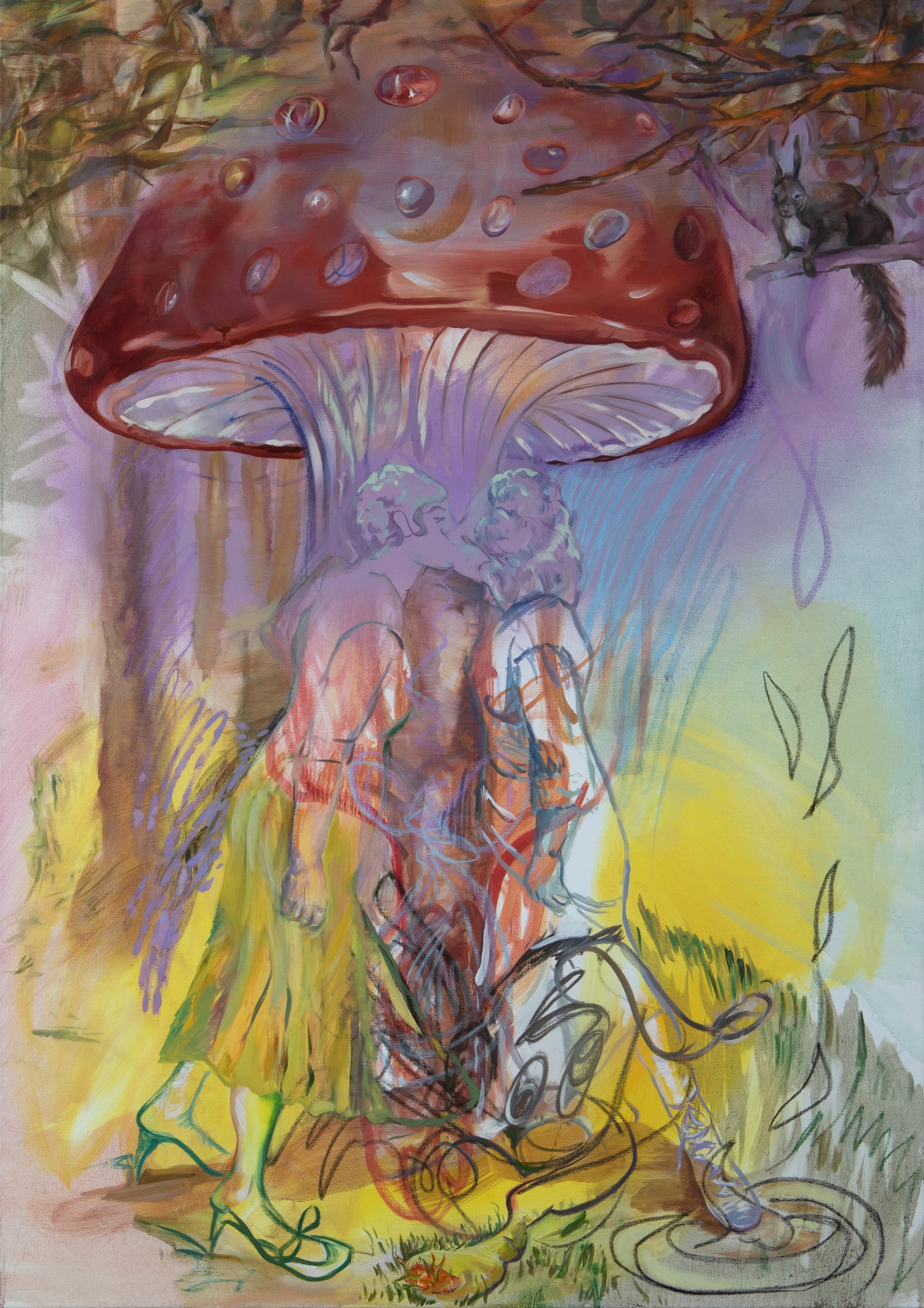